Atlantico's take: what opportunities are here to stay in US$ 5 trillion Latin America

The newest Latin America Digital Transformation Report is out. Here are some tendencies that turned into habits, from social media to mental health 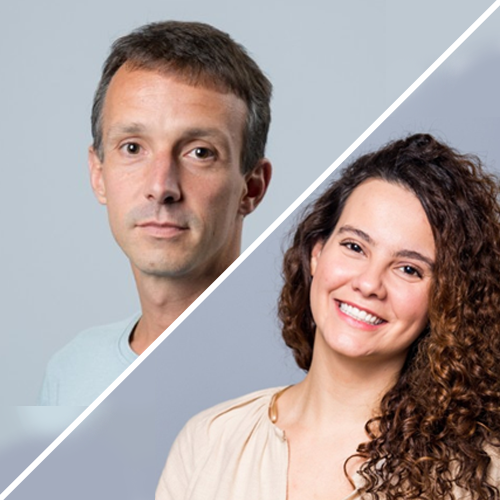 After more than two years of pandemic life, Latin America emerged as one of the few regions where pandemic-sparked digital habits persisted well beyond global trendlines. While most of the world reverted to historical trends, it seems that the Latin American leap forward in digitalization is much more permanent than we had imagined.

In a blue-ocean market worth over US$5 trillion in terms of GDP, startups are capitalizing on this very trend. Latin American tech companies still account for only 1.5% of the region’s GDP - looking beyond the current volatility of global markets, the long-term potential for tech value creation is clear. As Latin America reaches China's tech penetration of 20% or even the US' penetration of 52%, regional tech companies could add up to US$ 3.2T in economic value over the next few decades.

We’ve detailed the digital tendencies that have already turned into habits in the third edition of Atlantico's annual Latin America Digital Transformation Report. We discuss these trends in our chat with Brian Requarth on the Latitud Podcast that comes out today, where we paint a vibrant tech ecosystem, poised for growth well above global trend lines. These are some of the opportunities in Latin America that are here to stay.

Social media is more present than ever

We might be lagging in terms of market value created by tech companies, but, when it comes to internet penetration, we're already in the big leagues.

78% of the population in LatAm have access to the internet, surpassing China's 69%. The next step is reaching the 92% internet penetration we see in the US, with countries like Argentina and Chile having already reached it.

Social media usage in the region is more present than ever. In countries like Brazil, the time spent on social media has far surpassed US and China levels. The percentage of Brazilians that use social media grew from 62% in 2018 to 75% in 2022. The average Brazilian spends 10.3 hours per day surfing on the web, 40% of which is on social media. In the US and China, these numbers are 7 and 5 hours, respectively.

Photos and short videos are in fashion. The time Brazilians spend monthly on Facebook, WhatsApp, and YouTube has decreased compared to previous years. Meanwhile, hours spent on Instagram and Tiktok are on the rise.

Yet, in Brazil, WhatsApp is still king. It is the clear leader in monthly active users and the average Brazilian spends 29 hours on WhatsApp every month.

E-commerce is growing, even in groceries

It wasn't only social media usage that has grown in Brazil. The percentage of Brazilians that purchase products online grew from 30% to 46% between 2018 and 2022.

The online share of total retail is nearly 7% – 3 years ahead of what the historical trend line predicted prior to the pandemic. E-commerce sales grew at an astonishing 42% CAGR between 2019 and 2021.

Latin America is well-positioned to sustain this boom compared to other regions, and e-commerce trends in Brazil and the US are a flagship example. While US e-commerce share reverted to pre-pandemic levels, Brazil saw a persistent step-function increase.

We mostly associate e-commerce with electronics. But smartphone adoption and changing consumer preferences have allowed online shopping to expand to more traditional products with lower shelf life, such as food and grocery delivery.

Let's take iFood -  Brazil's leading app in food delivery, with over 80% of market share - as an example. iFood's gross merchandise volume is at an all-time high, both in food delivery and grocery delivery, surpassing the boom spurred by the first months of the pandemic.

Remote work is the new norm in tech

Many companies were forced to adhere to remote work during the pandemic. For software developers, this change is permanent: they are no longer open to going back to the office.

Internal data from talent acquisition startup Revelo shows that software developers' interview acceptance rate in Brazil has plunged for in-person jobs. It fell from 58% in 2020 to 21% in 2022. Meanwhile, acceptance for remote jobs grew from 60% to 65% in the same period.

Still, an important reminder here is that the move to remote work is highly dependent on wage levels. In Brazil, remote work was adopted by over 40% of people in the 100th wage percentile. Considering the 50th wage percentile, the percentage drops to a little bit over 5%. As such, despite the steep increase in adoption, emerging economies tend to show less promise than developed ones when it comes to remote work becoming the norm.

The move to remote work also changes by segment. While consultancy, tech, and education were keen to move into remote work, more traditional industries, such as logistics and manufacturing, remain adamant on in-person work.

We’ve all felt the stressors of the pandemic and the data reflects the increase in mental stress. In 2021, the average corporate well-being index assessed by the healthtech Zenklub fell to 49.3, way below the ideal threshold, defined at 78.

However, that’s a trend we’re glad to see changing. In 2022, the index grew to 61.7. For companies with mental health support initiatives, that number was 21% higher – an improvement bolstered by healthtechs that focus on mental health, such as Zenklub itself and Vittude.

We are excited for what the future holds in Latin America – and hope you are just as excited as us.