The Cayman Islands tax regime offers attractive advantages for entrepreneurs, but what does that mean for businesses and individuals? 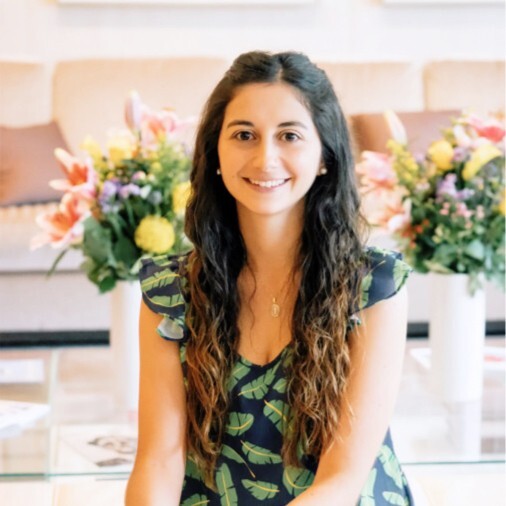 3 reasons to incorporate your startup in the Cayman Islands

The Caymans are famed for their white-sand beaches and idyllic waters in the Caribbean Sea, but that's far from being the only perk that the islands have to offer.

For many years companies have flocked to their shores to utilize the tax-neutral status offered to entities in its jurisdiction. Obviously, the prospect of no income, capital gains, payroll, or withholding tax is an attractive proposition for any business.

Venture capitalists are primed to make use of these favorable tax circumstances to benefit startups in Latin America. As of 2019, 21% of startup investments in the region contained at least one global investor, and this percentage rose to 31% in 2020.

Let’s take a closer look at why this tax haven provides the perfect springboard for early-stage startups to get ahead.

Latitud is uniting the best entrepreneurs, investors, and builders of Latin America's startup ecosystem in Vamos Latam Summit. Learn more about the event and get your tickets!

In the early days of Y Combinator, the standard for businesses built outside of the US was to set up a Delaware C-Corp as a holding company. But when they raised money, routing the investments into the operation meant facing heavy taxes and significant delays.

All US C-Corps are subject to paying corporate income taxes regardless of not having operations in the country. And because shareholders are also taxed as individuals, we end up with stories like Viva Real leaving $100M in taxes on the table after their $600M exit.

The standard has since changed: the Cayman Islands provide an offshore structure to secure startup investments in a much smoother way. That has become the norm for institutional investors worldwide – YC included.

For founders, setting up with a Cayman Holding company at the top instead of a Delaware C-Corp means still being able to raise money from international investors while not being subject to the double-taxation in the US, which translates to capturing even more of the value created.

It's a win-win for investors and founders alike.

As things are, a lot of the biggest venture capital funds operate out of the Cayman Islands, making them not only a more attractive option tax-efficiency, but a preferred jurisdiction for VCs.

The Islands' legislation for business and investments was modeled after Delaware, the same jurisdiction favored by Silicon Valley startups, making it simple for VCs worldwide to trust what's familiar when it comes to doing their due diligence and having predictable governance. No investor wants to be subject to unknown labor and corporate laws in a country where they may be liable.

Cayman also adds a layer of protection to investors, because there are no requirements to submit financial records, creating a level of confidentiality and anonymity unmatched in most other places in the world.

3. The most flexible among tax havens

When it comes to startups, comparing the Cayman Islands' legal structure to other supposed tax havens leaves a clear winner for two main reasons: they have economic and political stability, and a well-developed legal system modeled after the US, a.k.a. one of the world's most popular jurisdictions when it comes to doing business.

As a consequence, the Cayman Islands have a leading economy thanks to their advanced banking structure, and have no minimum capital investment required for company formation. A company can be incorporated with just one shareholder, which could either be a corporate entity or an individual residing anywhere in the world.

Putting it into perspective with comparisons, you'll soon see that while places like Barbados and Bermuda are both favorable for their low tax rates, they still impose income and payroll tax respectively – making them objectively not as tax-efficient.

Elsewhere you have countries like Panama, also known to not subject offshore company owners to local income or corporate taxes, but with limited legal systems and hard-set laws about money transfer reporting – not ideal if you need to move money between holding and operating entities.

The British Virgin Islands, the most popular alternative, have their legislation modeled after English Common Law and not Delaware – this can make some US investors and lawyers turn their noses, and significantly impact the due diligence every VC does before committing to an investment.

Making it easier for you, here's a side-by-side comparison of the examples above:

To put it simply, if you want to raise international capital you'll learn that 9/10 investors would much rather stick to the stuff they know, and that's Cayman for you.

The flexibility and lack of intrusion from authorities in the Cayman Islands gives entrepreneurs the freedom to focus on what really matters: actually building their businesses.

Given that so many VCs are already familiar with the tax jurisdictions in the country, investment decisions can easily be made with confidence.

If a Latin American startup were to secure investment via the US, they would be subjected to 21% corporate tax on any profits, which would simply not be the case via a Cayman Islands holding company. After all, you would be hard-pressed to find an investor that wants to see their money going towards paying taxes, particularly at an early stage.

Every founder and startup will be faced with their own unique set of structures, so it’s not worth jumping into anything without fully understanding how the Cayman Island tax structure works.

It's important to note that no matter what road a startup chooses, they will have to pay taxes in the countries where they operate – we're not evading taxes, kids, we're just optimizing for fair taxation.

Find out how you can set up a venture-backable company structure with Latitud Go.

Overcoming the first 100 days in your startup: lessons from Truora

The "WhatsApp is king" startup is now valued at US$ 75M. Cofounder Maite Muniz shares how were its first days, and how it went from MVP to full product and global growth
Read