We had to pay US$100M in taxes because of a rookie mistake. Here's how you can avoid it 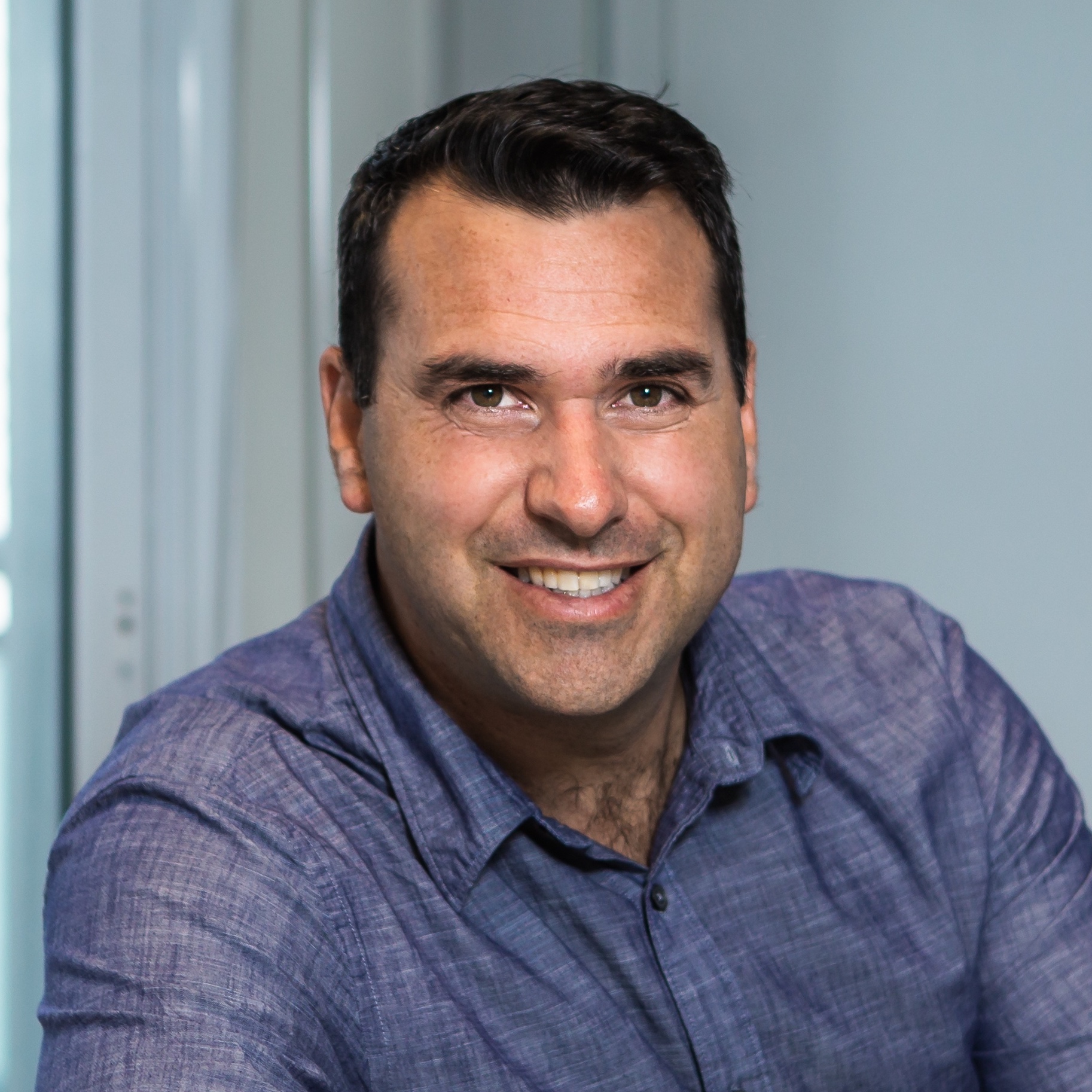 I founded Viva Real in 2009. Fast-track it about a decade: we merged with ZAP, and soon after were acquired by OLX in a US$640M transaction. Unfortunately, it wasn't only good news–we ended up paying over US$100M in taxes because of a rookie mistake.

Here's what I learned in the process, and how you can avoid going down the same route.

As a first-time founder, I had absolutely no idea what I was doing when I set out to build a company. In the early days, I ended up cutting a lot of corners because money was tight. (And that's a recurring theme for most startups.)

When we first started Viva Real, I asked my local accountant in the US how I should go about setting up our corporate structure. Having no experience with venture capital or Latin America, he suggested I open a California LLC. I did and that worked fine–for a while.

When we first started talking to investors, I realized we'd need a more sophisticated international structure to get checks in. As the business matured, I sought out legal counsel to make sure we were on the up and up. I talked to Silicon Valley lawyers in hopes of getting a clear action plan but, while they knew the ins and outs of VC, they weren't exactly familiar with LatAm startups.

The advice I got was to set up a Limitada company in Brazil for the day-to-day operations, and replace the California LLC holding with a Delaware C-Corp. It sounded like a solid idea at the time.

Venture capital investments weren't as common of an occurrence in Latin America back then, and so we didn't know how to prepare for them until it became a possibility. I did as I was told, and went on to raise money from international investors.

But the thing is–we were a Brazilian startup focused solely on the local market, with zero operations in the United States. By setting up a C-Corp, we made ourselves subject to corporate taxes in the US in case of an exit.

Having already raised a couple of rounds at that stage, flipping our structure would've been complicated and cost-prohibitive. We were in too deep, and had to just bite the bullet and make plans to cross that bridge when we got to it.

Cut to 2017. We decided to merge with ZAP, our biggest competitor in the real estate market. We got some of the best lawyers and accountants on retainer to make it happen. I remember sitting in my car listening to these people who were charging us US$500-US$1,000 an hour per person, knowing there were at least 8-10 people in each call, and mentally doing the math on how much the deal was costing us per minute.

After going through exhaustive scenarios and discussions, we settled on a solution that we thought worked: it took millions of dollars and months to make it happen, but we added a Cayman holding company at the top of our combined corporate structure. We thought we were out of the woods then.

We had just spent most of 2018 trying and failing to raise a follow-on round, and made the decision to engage in negotiations with OLX because it felt like the safest bet. Our corporate structure at that moment was made up of operating companies in Brazil, an intermediary Delaware C-Corp in the US, and a holding company in the Cayman Islands. Our ideal game plan would have been to sell the Cayman Islands entity.

OLX said "not a chance in hell", and that felt like a slap in the face. Because of our previous history with converting from an LLC to a C-Corp, their lawyers said it was too big of a risk to buy us out in Delaware. Their offer was for the shares of the local operating companies.

Our Delaware C-Corp owned 100% of the shares of all of our local subsidiaries. The transaction would technically count as selling assets, so not only would we have to pay regular corporate taxes, but we'd also have to cover business capital gains taxes in the US.

Add that to all of the individual taxes we were subject to, and over US$100M was paid to the US government for a business that never made so much as a dime there, all because of a bad legal decision.

I've been very public about this mistake ever since in hopes that other founders don't repeat it.

When it comes down to it, building something of extreme value means you have to figure out these types of challenges, but you don't have to reinvent the wheel: they're all avoidable and solvable if you allow yourself to learn from others and their experiences.

I know that talking to lawyers isn't as glamorous as selling to customers or building an MVP, but if you take away only one thing from the 11 years I spent building my previous company, let it be that investing the time as a founder to do the work upfront will save you money (and headache) down the road.

Delaware LLC and a C-Corp: what's the difference?

Delaware LLCs are what's known as a pass-through entity, meaning they're not subject to federal income taxes as a company. Responsibility for income taxes is passed down to the owners. A caveat is their equity isn't structured in the way we're used to. They have membership units instead of shares, and creating liquidation preferences for investors is more challenging. In addition, if the LLC is profitable, its owners may have to pay income tax on their share of the profits, even if they are not distributed.

On the other hand, C-Corps use the common share structure to divide equity stakes, and can easily accommodate preferred share classes. Their downside is they pay corporate taxes every year and when selling assets, resulting in what's known as double taxation – paying taxes as a company and as an individual. 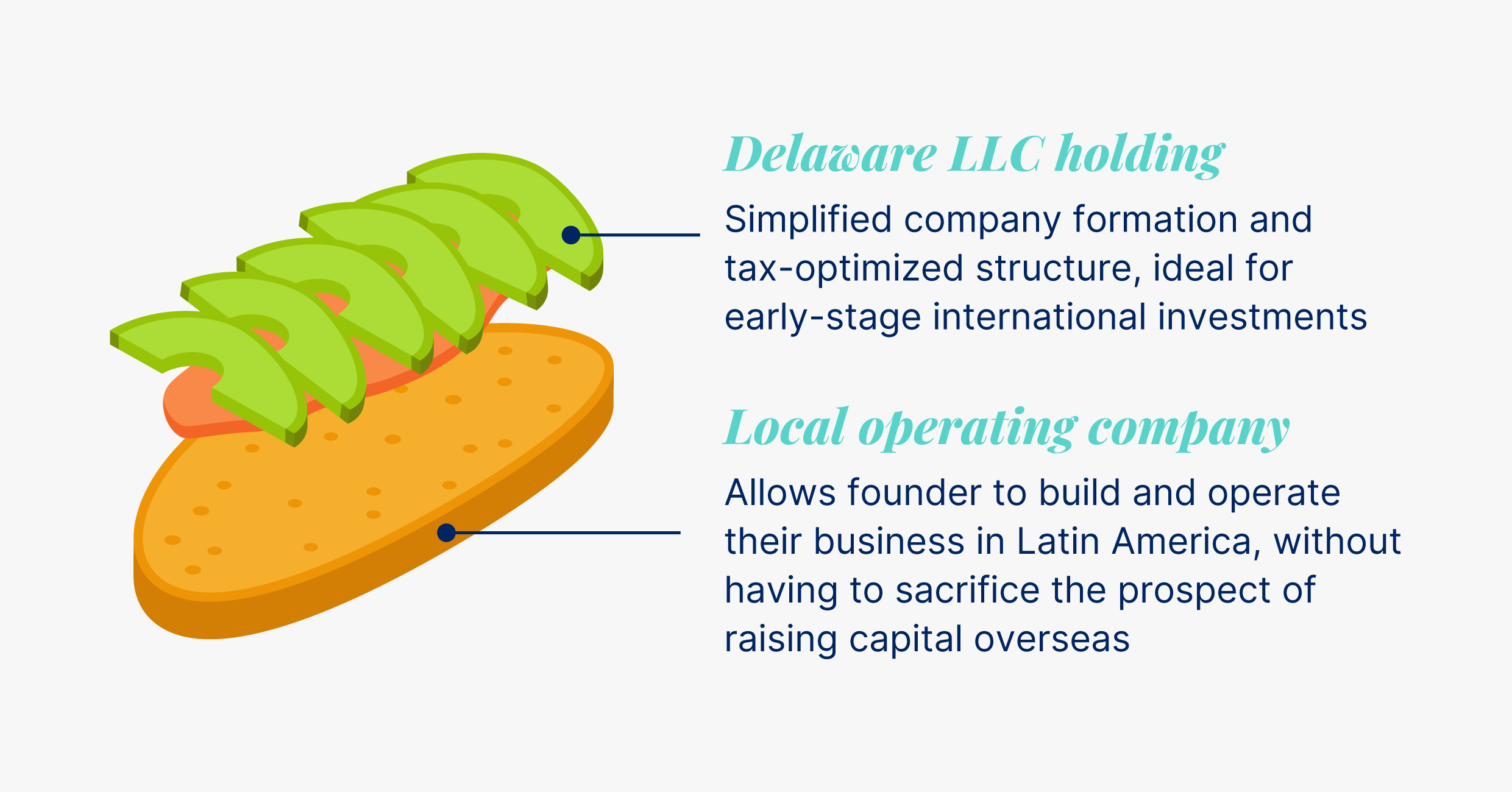